This is the man who taught me everything I know about photography (“The first rule of photography is: You have to put the subject in front of the lens.”).

“The second rule of photography is: Light is very important.”

His name is Andy. I met him back when I was still working in educational software. The company hired him to come in for a shoot. They wanted to know what he charged by the hour. He insisted that he preferred a day rate–and didn’t specify the number of hours in a “day.” The man arranging the shoot took him at his word. Bethany and I were the producers for that shoot, and we worked nearly around the clock. Andy took it all in good humor, and eventually became a full-time coworker.

Andy was the person who helped me understand what “brand” really means. He told me this story: “You know the show Miami Vice? Of course not, you’re too young. Well, anyway, there was this show, Miami Vice, and they had a guy who worked on it, and his whole job was to go around and look at everything–the desk, the sunglasses, the pens–and say, ‘That’s Vice,’ or ‘That’s not Vice.’ That guy, who ever he was, was amazing at his job. Even now, sometimes I see something in a store and it just pops into my head–that’s Vice!” After that, every now and then, I’d look at a photo that he had taken, and it would perfectly capture the feeling we wanted for Rosetta Stone–a blend of warmth and whimsy, and I’d say, “That’s so Vice,” and he’d nod sagely.

I loved going on shoots with Andy. We had a good creative rapport. Andy is one of the kindest, most committed, and most generous people I have ever known. He’s quick to make a joke, often at his own expense. Once, in an office training on some database software, when the trainer said he could make a practice database of anything he had trouble keeping track of, he said, “Oh, I’ll make one of my ex-wives, then.” And he did.

He traveled to West Virginia to shoot my wedding, and when I look at those pictures, I am reminded, not just of the joy of that day, but of the love behind the lens that preserved it for me. 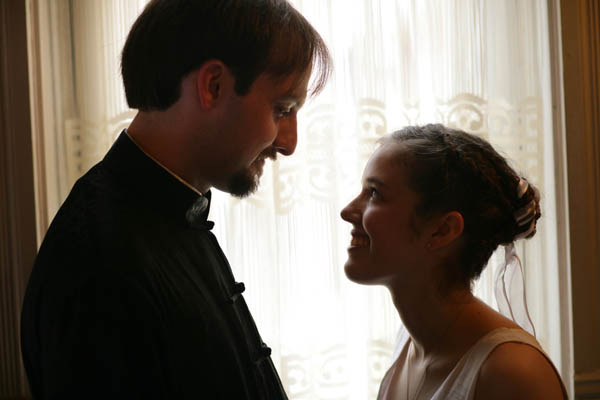 After he left the RStone, Andy hit a rough patch. He didn’t seem to know where to go or what to do. I reached out to him from time to time, but we didn’t see each other much. He moved away. I had one kid, and then another. For a while now, he’s been living a couple of hours away, doing some art and some writing and reaching a certain amount of clarity. When I told him I’d be in the area and wanted to connect, he seemed uncomfortable with the idea. “I couldn’t be farther from the same guy who walked into RS, way back when. You might be a little shocked,” he said. “But I’d still like see you guys somehow.”

I’m not sure what he meant by that, because when we finally got together, it was like no time had passed at all. He still tells great stories, even sad stories, with a wealth of humor. He still has a quirky perspective on the world and his place in it–and I loved that, and I didn’t realize how much I had missed it. I worried about him during his time in the (literal and metaphorical) desert. Seeing him still so vibrant did my heart good.

My favorite shoots to work with Andy were ones involving children. He talks to kids like they are people, without condescending. He uses their real names, never resorting to “buddy” or “princess.” Children warm up to him. A few weeks ago, after years of not seeing each other, Andy and I got together. Seeing him meet my kids was thrilling. Silas keeps asking when we are going to see him again.